A Recap of the Lesbians Who Tech Summit 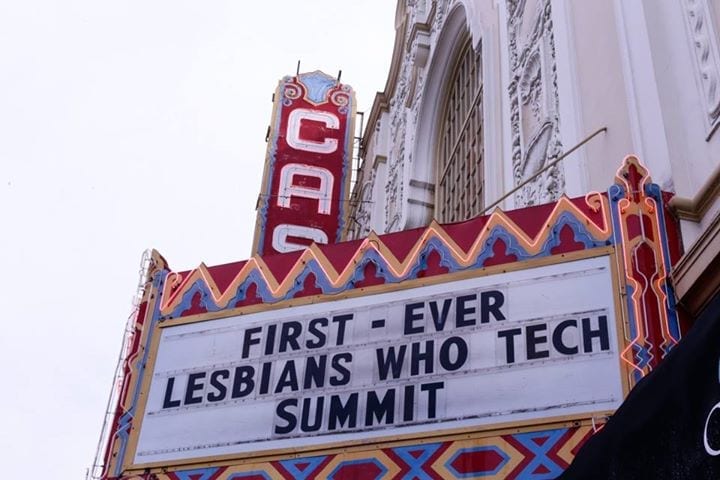 We joined over 800 queer women at the Lesbians Who Tech summit, held on February 28 in Castro Street Theatre in San Francisco. Founded in 2012 by Leanne Pittsford, the summit and monthly gatherings focus on increasing visibility and tech participation of queer women. The summit highlighted the next generation of queer women that are technical leaders as well as those who have paved our way.

The front of Castro Street Theatre was buzzing with enthusiasm early Friday morning. Volunteers were ready and eager to check in media, sponsors, speakers and attendees. Check-in was a seamless process through mobile phones. Once inside, there were bottles of water, coffee and pastries available. We loved the gender neutral “Whichever” restroom signs. 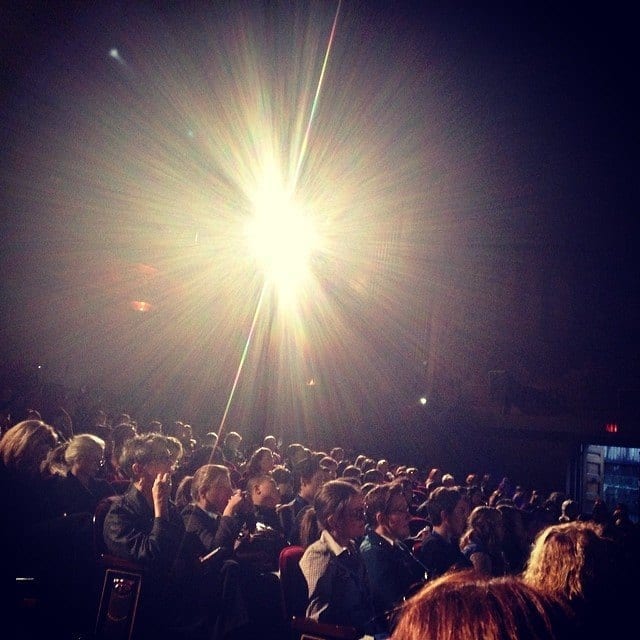 We were pleased to see some great sponsors there, including GE Software, Linkedin, Walmart Labs and Chevrolet, which provided a “recharge lounge” where we could charge our phones and laptops.

After an impressive and, at times, hilarious slideshow showing the diversity of queer women, Leanne Pittsford came onstage to welcome everyone and spoke about how she started Lesbians Who Tech. During the morning “skit”, she shared wine with the event’s emcee and her Platonic Partner for Life (PPL) Taryn Miller-Stevens (Business Development, TouchPoints). The room came alive with excitement as they talked about what was planned during the three-day summit. 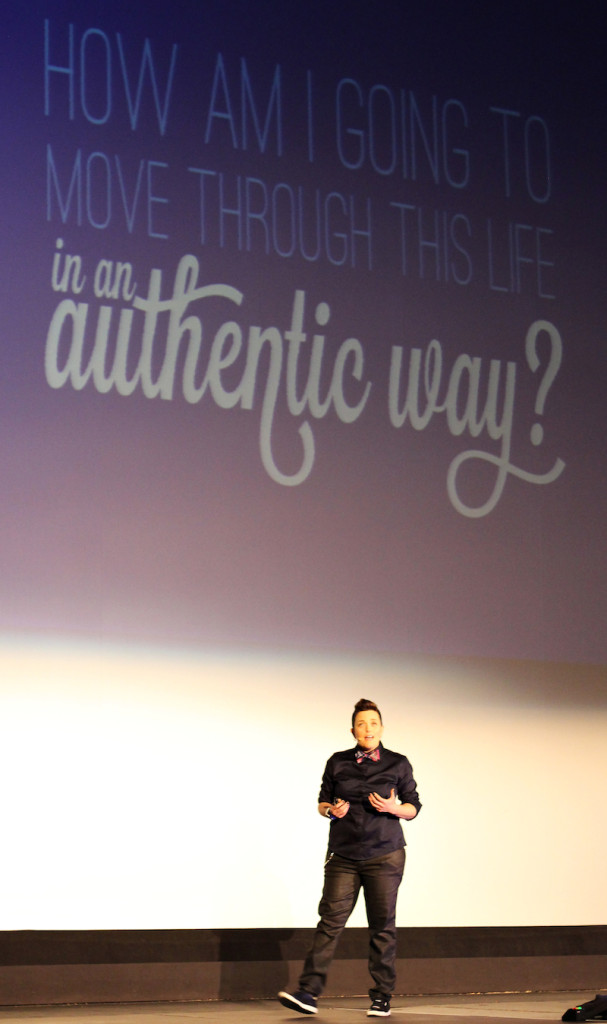 There were a couple of pitch sessions where spokespersons/founders were given three to five minutes to give an elevator speech of their organizations. The first pitch session, “Social Good Pitches” gave five social good organizations several minutes to share how they are using technology to change the world for women, the LGBT community and people of color. It resulted in an impromptu “crowdfunding” from the attendees. Megan Smith (Vice President at Google[x]) offered $25,000 with one caveat, each conference attendee give to the non-profits for the rest of our lives. The funds were split equally between Code2040, AllOut, Chicana Latina Foundation, National Center for Lesbians Rights, and Astraea Lesbian Foundation for Justice. It was an amazing feeling knowing that we are supporting each other’s causes and helping each other rise up.

Around lunch time, attendees had the option of six breakout sessions located at various locations. These were pre-determined in the registration and were color-coded on our badges. Topics varied between Coders Connect at Catch Restaurant hosted by Google, Ignite Sessions Lunch at the theater hosted by SAP, Fireside Chat: Where Are the Women Investors?: Why We Need More Women to Become Investors at the theater, Meet + Greet + Eat: Queers in Media at Firewood Cafe and Leveraging LinkedIn to Enhance Your Professional Brand at Dante’s Table Restaurant hosted by LinkedIn.

We participated in the Ignite Sessions Lunch where we heard five –minute presentations hosted by Moya Watson (Innovation Product Manager, SAP). The topics touched upon LGBT leadership at work, utilizing a hashtag to start a movement, ensuring diversity in recruiting and sharing our hope for the future of women in technology.

The afternoon sessions included Heather Hiles (Founder & CEO, Pathbrite) and Jana Rich (Managing Director, Russell Reynolds). Hiles reflected on innovations as a founder. She spoke about giving it all and taking action for our careers. “ Why not go for big if you’re going to put in all the effort anyway”, said Hiles. Rich spoke about the importance of digital women and our power to transform boards in organizations.

The second pitch session, The Entrepreneur Pitch, gave five amazing lesbian entrepreneurs a chance to pitch their companies and applications they are building in front of a panel of judges including investors and fellow entrepreneurs. The presenters included Allie Esslinger (Section II), Krys Freeman (HellaRides), Robyn Exton (Dattch) and Rachel Wolan (YadaZing). The competition was judged by Jordan Crook (TechCrunch, Reporter), Christie George (New Media Ventures), Dave McClure (500 Startups) and Amanda Reed (Palomar Ventures & Astia). A highlight of the pitch competition was Dave McClure telling Robyn Exton (Dattch), “we should talk”, a huge and very public nod of approval from an investor. 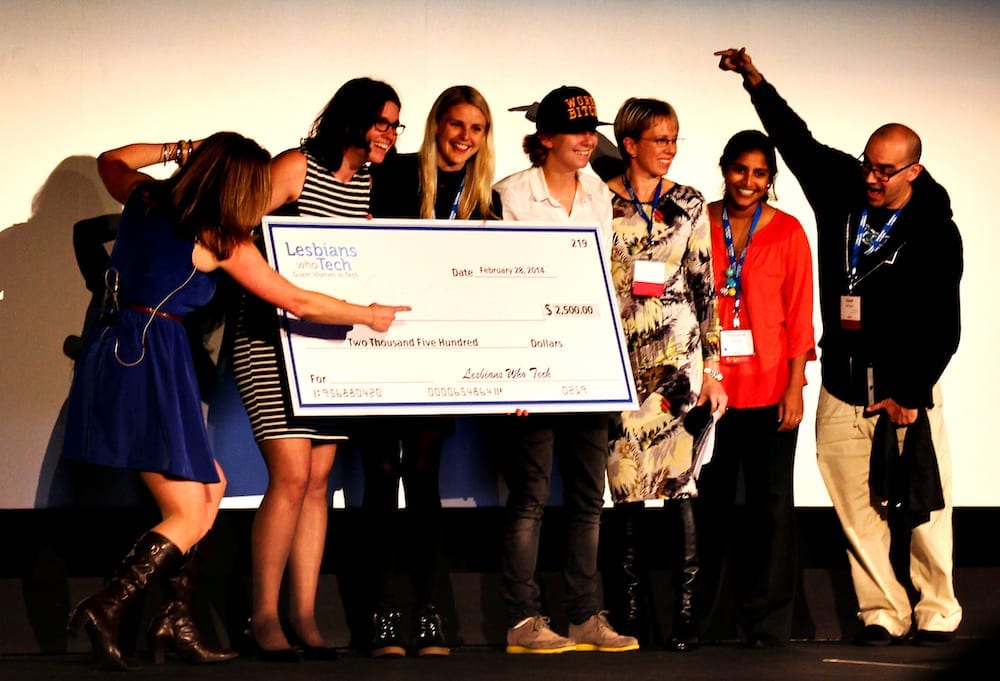 After the comedic break, Dattch, a dating and social network for lesbians, bisexual and bicurious women was announced as the winner of the $2,500 competition. After honing its product in London, it officially launched in San Francisco, the day of the summit. It draws comparison with Pinterest in user interface with its emphasis on photos. Unlike Grindr, it’s not a proximity-based social networking app. We found it funny when the emcee made several jokes throughout the night about the real reason many of the women were there, to find other nerdy/techie/geeky queer women to date! We weren’t surprised at the interest in Dattch because of the techie crowd. Although it currently caters to bisexual and lesbian women, the app may expand to include trans*, genderqueer individuals and non-binary folks.

The afternoon keynotes were a real highlight, where some real heavy hitters shared their stories and point of view. Megan Smith (Google[x) encouraged attendees to strive for “moonshot thinking”; Kara Swisher (re/code.net) assured women that it’s OK to be frustrated, and you can use that frustration to propel you to greatness; and Danae Ringelmann (Indiegogo) talked about how to create a culture that has meaning and encourages the best in employees.

Leanne Pittsford’s presentation was not only inspiring, but heartfelt. She talked about taking risks, and how her brother’s death led her and her partner to take significant risks in their life. She encouraged attendees to take a risk, re-think how we feel about risk, turning it into something positive which provides opportunity, and then share it using #TAKEARISK. It was an incredible moment that I know caused many people in the audience to re-think the risks they may have had the opportunity to take, but passed by. It was really inspiring. 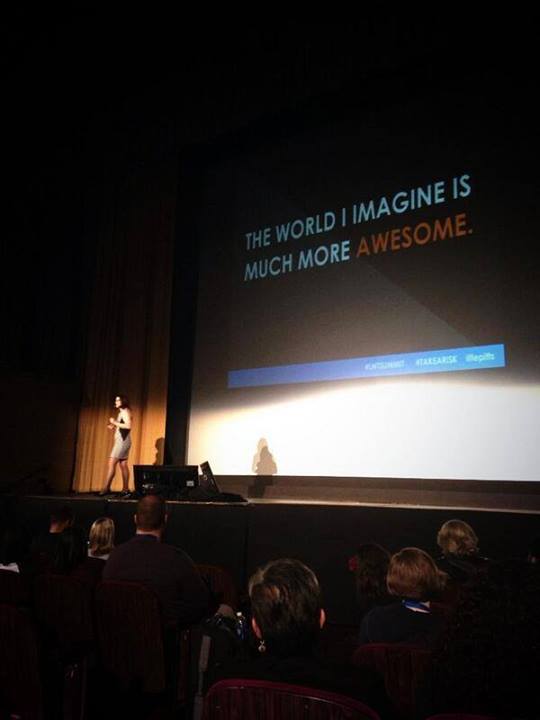 Many of the speakers talked about authenticity. It’s important to be visible if we expect others to accept us for who we are. It’s not about announcing your sexuality but just being yourself. For instance, if you’re at work and your co-workers speak about their weekend with their spouse, it shouldn’t be unusual to mention your spouse as well. “As Lisa Sherman stated, “Being true to ourselves can change and propel our lives and careers forever.” We are faced with different circumstances. We have to assess our own situations and do what we feel comfortable with. Often times, we cut ourselves short because of our assumptions and fear of judgement. The speeches and being surrounded by such a supportive group of women made us and fellow attendees feel the strength to go out and be our authentic selves.

And speaking of our authentic selves, check out this amazing montage of the incredible haircuts found at the Summit, by Erica Anderson.

If you missed the summit, there are recurring Lesbians Who Tech happy hour events in Austin, Berlin, Boston, DC, London, Los Angeles, Mountain View, New York City, San Francisco, Seattle, and Toronto. If you are in San Diego, you are in luck. There will be a brand new happy hour event on March 27 from 6 p.m. to 8 p.m. at Bamboo Lounge – Sushi & Wine Bar in Hillcrest. These monthly gatherings are a great way to build a network of colleagues, associates and friends, be more visible to each other, make new connections and enjoy geeky conversations with other techie folks over tasty adult beverages.