About Lesbians Who Tech’s Founder 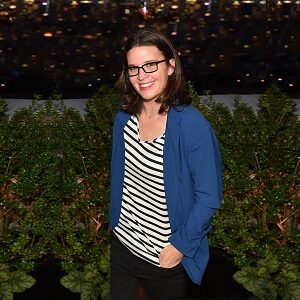 Leanne is the CEO and Founder of Lesbians Who Tech & Allies, the largest LGBTQ community of technologists in the world — committed to visibility, intersectionality, and changing the face of technology. Since its founding in 2012, the community has grown to be 70,000 non-binary, LGBTQ women, queer women of color (and our allies) strong from over 100 countries worldwide. Over 40,000 leaders joined for their virtual Summits in 2020 making it by far the largest LGBTQ professional event and the largest event for women in tech globally.

Their programmatic work includes a coding scholarship for non-binary and LGBTQ women called the Edie Windsor Coding Scholarship Fund, a mentoring program, Bring a Lesbian to Work Day, and a leadership program — #LWTSQUAD — focused on supporting its members as they move into senior leadership roles.

In 2017 Leanne launched the Tech Jobs Tour, which traveled through 25 cities in 2017 to connect diverse and non-traditional talent to the over 600,000 open jobs in the United States. The tour engaged 50,000 people including 13,200 mentoring sessions and featuring over 150 companies.

In 2018, based on the stories she heard from techies all across the country, the idea for include was born. include is a platform that fights bias in technology by scaling access to direct referrals for underrepresented candidates and helps companies that prioritize representation connect to badass techies. You can learn more here :: include.io.

Between 2006 and 2010, Leanne served as the Senior Director at Equality California, the largest statewide LGBTQ organization behind the “No on Prop 8” campaign to fight back against Prop 8, which aimed to make same-sex marriage illegal — a proposition which was deemed unconstitutional in California in 2013. Leanne fell in love with tech while managing the data and teaching herself to build online fundraising tools for Equality California, which raised millions of dollars for the No Prop 8 campaign.

After the campaign, she created her own digital agency, Start Somewhere, and started leanimpact.org, which was acquired by Lean Startup in 2016.